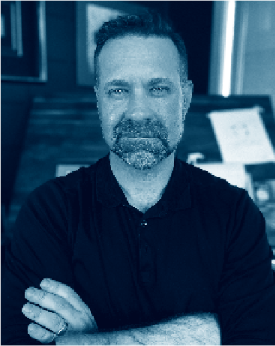 Life on earth has never been perfect, but you would have a tough time convincing some people of that. It is not that they are ignorant, but governments appear to have selective memories. The past few years has left people wondering what the next day will bring. The word of the year so far is ‘inflation,’ and for good reason. We hear and see it everywhere – at the grocery store, on everything we buy and through every news forum. The elephant in the room however is really at the gas pump.

Dramatic increases in housing prices across Canada over the past two years in Toronto and Vancouver has received much attention. Once the ‘hot’ housing market in the select centres kept spiraling upwards, the Bank of Canada determined a need to raise the interest rate three times along with new measures to tighten mortgage qualifiers.

Inflation is typically about general increases in the price of goods and services in the country when the demand for these goods and services exceeds the capacity of the economy to deliver. Some economists believe that a relatively low and stable rate of inflation should be a goal of policymakers. But government spending continues. How we deal with this government-created financial crisis will be the challenge. There is no historical reference to turn to. It appears that all western governments are carrying debt that could be catastrophic. Regardless, the USA president claims there is no ‘depression’ on its way, and our Prime Minister is ignoring the whole conversation and blaming increased costs on everything as our fault, but a depression is a growing possibility.

As children, we are told not to stick our fingers in the candle flame because it will hurt. However, we all do. If we are not completely stupid, we never do it again. Fast forward to how the government is addressing the flame of inflation by spending more and committing unnecessary suicide with their ‘War on fossil Fuels’ by growing carbon taxes and ESG regulations. Now they are picking on the farmers and their fertilizer, not to mention our future food chain. We are told there is a shortage of homes, and a need for millions of more affordable homes, as they add more climate regulations to housing which will cause prices to move even higher. To save us they raised the interest rate along with a higher mortgage qualifier which promptly put many homebuyer’s plans on hold. Someone in Ontario is test-building a home out of concrete using a 3D printer. Given the ‘seldom talked about’ emissions from concrete that exist I wonder if that home will pass the test. As interest rates rise, the national debt will continue to explode and the question of the possibility of a recession looms, but on all counts, such a risk is not being discussed. I cannot get past the idea that if the interest rate increases were intended to slow down high home pricing in Vancouver and Toronto, would it be possible to have varying interest rates across Canada where pricing is more affordable?